The Best Photos of National Geographic 2019

Dancing rats, songbirds released to the sky, tigers in a pool, and many more amazing pictures have been chosen as best images of 2019 by National Geographic.
Share on Facebook

Over two million photographers presented their works to be reviewed and evaluated. Let’s take a look at some of the best pictures curated by National Geographic.


Two rats seem to be dancing in India’s Karni Mata Temple, the home for thousands of rats. The seeming dance is actually a competition over dominance. These social animals show a high level of empathy. They take good care of their little ones and can even give up a treat to save another rat.

Millions of tourists crowd in the Louvre to have a look at Leonardo’s masterpiece. Here, the famous Mona Lisa is revealed in a new light. The magic of the photo is in its intimacy, giving us a behind-the-scenes view. A museum worker is dusting the thick glass, protecting the painting, preparing it for the visitors.

Rescued tigers are resting in a pool at the Wild Animal Sanctuary in Keenesburg, Colorado. Provided with food and veterinary care, Clay, Daniel, and Enzo will spend the rest of their lives here.


Marines must be able to carry one another is there’s a necessity. USMC Cpl. Gabrielle Green is walking aboard the ship with a fellow soldier on her shoulders at Camp Lejeune, North Carolina. Every year the Marine Corps enlists 38 000 recruits, about 3500 of which are women.

Tamuda, a ground pangolin, is looking for food at a rehabilitation center in Zimbabwe. He’s safe from illegal wildlife traders now. Pangolin scales are used to prepare remedies in Asian traditional medicine. 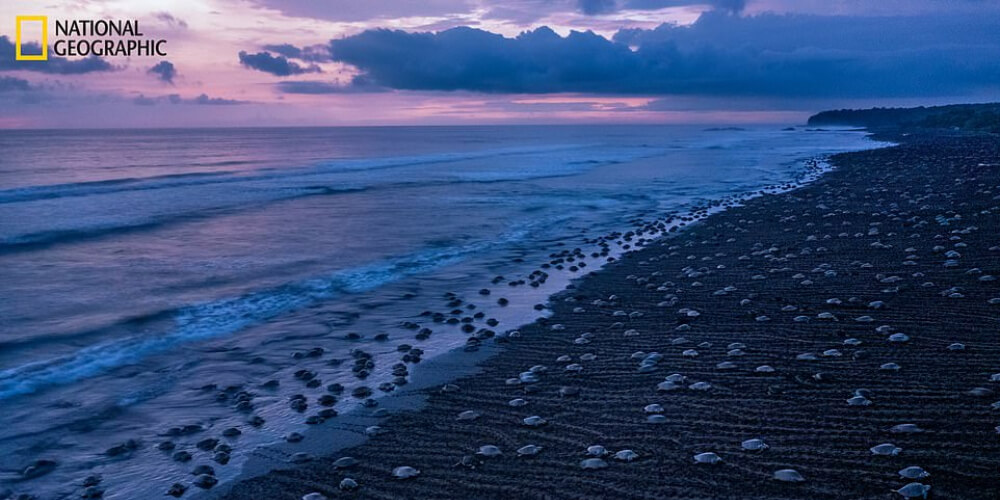 Thousands of olive ridley sea turtles come to Costa Rica’s shore to lay eggs during the rainy season. This large-scale nesting is known as an arribada. The turtles come once or twice a month, and baby turtles begin to hatch 45 days later. 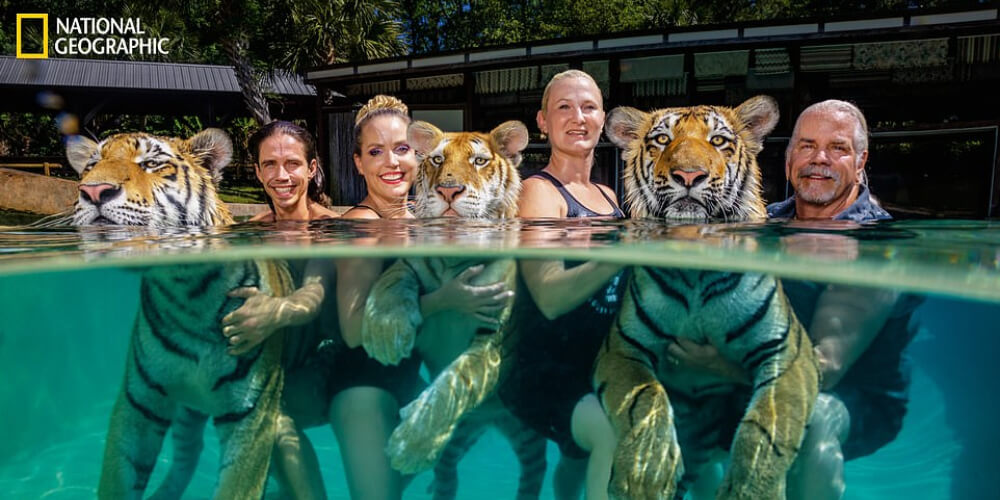 
Myrtle Beach Safari workers are posing in a pool with their tigers. Young tigers play a big role in the business. Here visitors can play with cubs and have their photos taken from $339 to $689 per person. Tourists can pet only young cubs, no older than 12 weeks old. It is too dangerous for tourists to play with older tigers.

Hungry birds are looking for food in the Mussicadzi River channel during the dry season. Mozambique's Gorongosa National Park is home to over 500 bird species.

National Geographic never ceases to amaze the viewers with their breathtaking images allowing us to see unique moments of life all over the world. It wasn’t easy to choose just a few to show you, but we hope that they’ve sparked your interest to discover more.

Photography challenge
Check how many photos you can recognise!
START QUIZ
How to Find the Perfect Portrait Location: 7 Tips
Learn to capture personalities and get stunning photos – guaranteed!
finditquiz.com
Choose Your Perfect Camera: Quick Guide
What camera to buy? How to find the perfect one? This guide will help you with these questions!
finditquiz.com
Keep your life a-buzz with quizzes!
Pick one or all types of notifications and fine-tune them to your liking.
Get Trivia Quizzes via…
Email Push Notification Messenger SMS
This Month Top 5 Players
Roula Atsaves
769223
2
GEO ALL
247600
3
John
178351
4
bekahleigh1141
159726
5
red80knight
120408
JOIN RATING
Popular on TriviaBuzz