The Event Horizon Telescope Collaboration captured the first photograph of a supermassive black hole in early April 2019. In fact, it took 347 scientists from 20 countries and 2 years of intense work to generate the epoch-making image. The achievement could not possibly have gone unnoticed, and now, Collaboration Director Shep Doeleman is to receive the Breakthrough Prize in Fundamental Physics on behalf of the collaboration. The money will be equally divided between all the scientists from the Collaboration.

In case you’re wondering, why a simple photograph that looks kind of meh has received grand prize money, here are 5 reasons to persuade you it is totally well-deserved:

1. Before the picture was created, we hadn’t known if black holes existed at all. We were made to believe they exist by all those sci-fi movies and books, but no one had actual proof or visual evidence that there is such a thing as a black hole. And now we have it!

2. We now have a picture of a thing that is impossible to see, let alone photograph. The gravity of a black hole is so enormous that nothing, not even light, can escape across the boundary at a black hole's edge, known as the event horizon. What we see in the picture are the electromagnetic waves created by ginormous and extremely hot gas clouds circling the black hole.

3. The black hole is located 50 million light-years away from us. This is unfathomably far. The circle you see in the picture is actually bigger in size than the whole Solar system, and it weighs six and a half billion times as much. 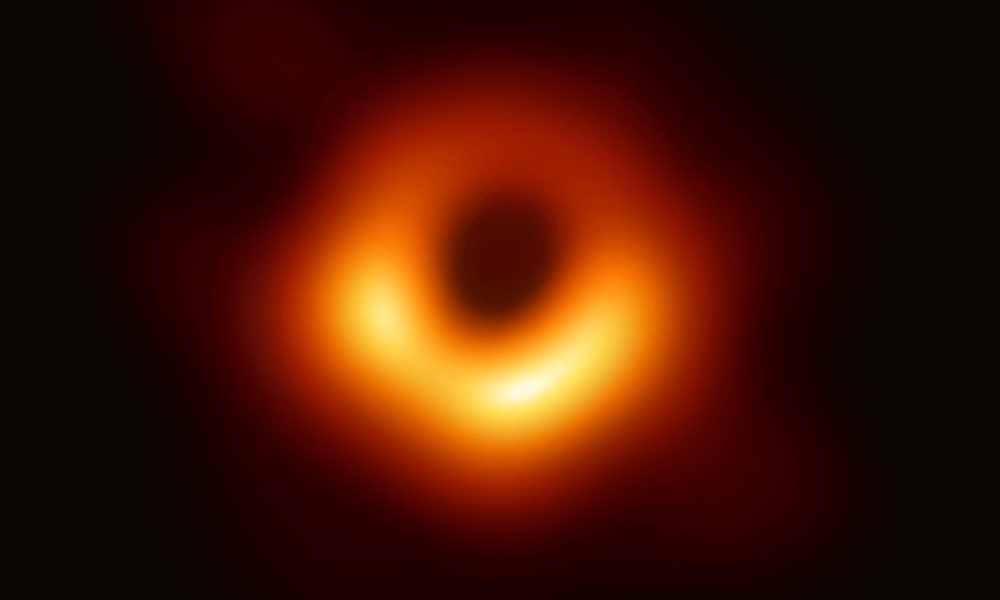 4. To make a picture of a supermassive black hole, one needs a behemoth of a telescope. There is no such telescope in the world, but there are several smaller ones - in Chile, Spain, California, Arizona, Hawaii, and even at the South Pole, and a lot of coordination work to create a virtual Earth-sized telescope fit to observe the black hole.

5. The picture we all saw is not a photo. It is a computer-generated image made from a zillion units of data. It took 350 terabytes of information provided by observatories on a daily basis and 2 years of intense work to generate the image. In fact, it is so big that you can’t send it via the Internet. Hundreds and hundreds of hard drives were flown to the analytical centers in Boston and Bonne, where the assorted fragments were put together into the biggest and the most impressive picture puzzle the world has ever seen.

Were you impressed by the photo? Are you interested in space, galaxies, stars, etc.? Please tell us everything (and we will try to make a quiz based on the things you’re interested in)!

Time to boost your math skills
Play quiz now!
START QUIZ
9 Fun Beginner Tips for iPhone Macro and Close-Up Photography
It might seem like taking a macro photo is the most natural thing ever. You position your camera very close to the object you want to photograph and press the shutter button - what's the big deal? But if you do just that, you may also be disappointed by blurry, out-of-focus, overexposed, or way too dark photos.
finditquiz.com
8 Tips to Help you Make Stunning Shots with Your Camera
Nowadays, it seems like making a panorama is not a big deal. Well, especially if you remember the film cameras and all the hours one had to spend in the darkroom to stitch together a perfect seamless panoramic shot.
finditquiz.com
Keep your life a-buzz with quizzes!
Pick one or all types of notifications and fine-tune them to your liking.
Get Trivia Quizzes via…
Email Push Notification Messenger SMS
This Month Top 5 Players
Roula Atsaves
769223
2
GEO ALL
247600
3
John
178351
4
bekahleigh1141
159726
5
red80knight
120408
JOIN RATING
Popular on TriviaBuzz

StarzQuiz is a collection of new and tricky questions. Test your knowledge of famous people and train your memory.
TRY NOW